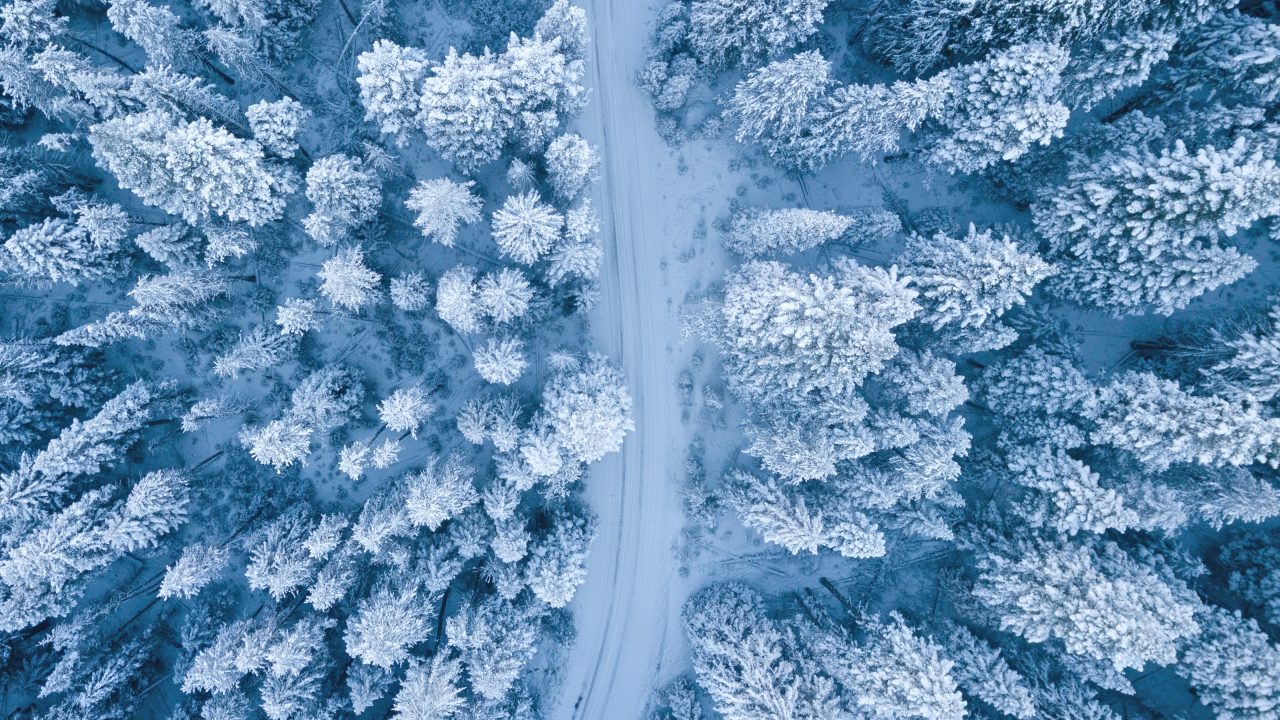 6 December – Saint Nicholas’ Day. While this day is associated with the Saint Nicholas i.e. Santa Claus who brings presents to children in the rest of the world, in Estonia it is relatively little known and mostly celebrated by the Orthodox. In the first place, Saint Nicholas’ Day stands for a change of weather: Nicholas builds bridges over rivers, which means that ice is thick and solid after this date. Finland’s Independence Day. Birth anniversary: director and actor Evald Hermaküla 80. Jubilee: actress Katariina Unt 50.

13 December – Saint Lucy’s Day. Saint Lucy’s Day is a great holiday in Sweden, and in Estonia it was celebrated by Rannarootsi Swedes of the coast. On this day, care had to be taken to prevent evil from damaging cattle: an iron object was stuck in the straw for the night so that animals would eat straw during the winter; it was said that otherwise Lucy would crawl into the straw. Another saying states that Lucy comes with a broom, which means that it will have snowed a lot by this day. According to the old calendar, the night after Saint Lucy’s Day was the longest in the year.

21 December – Saint Thomas’ Day. Saint Thomas’ Day marks the beginning of major preparations for the approaching Christmas season. The whole house had to be set in order and dust and trash had to be swept out of the rooms; otherwise the following year would be spent in sloth and dirt. To ward off laziness, a figure of ‘Dirty Thomas’ was made of old clothes and straw, which had to be taken away from one’s house and land (for example, to the neighbouring farm). But one needed to be careful not to let a similar ‘Dirty Thomas’ near one’s own door. By Saint Thomas’ Day the farm owner had to have Christmas beer ready because beer makes a lot of froth and plenty of it can be prepared. Beer was also to be offered to Thomas’ beggars who went around and announced the approaching holidays. Jubilee: writer Rein Raud 60.

24 December – Christmas Eve. The holiday season that lasts until Epiphany on January 6 starts with Christmas Eve. The saying “Christmas is the king of holidays” sums up what this holiday meant for Estonians. The Christmas season was the time for luxury, when pork, black pudding and sweet pastries could be eaten and candy brought from the town could be enjoyed instead of the everyday food that was rather on the poor side. It felt good to stay at home with the family, make noise and play in the fresh straw placed on the floor or admire the Christmas tree in enchanting candle light. Families went to church accompanied by festive jingle bells. The Christmas night was the night of miracles: souls of ancestors were expected to come back home and food was left for them; fortune was told for the following year and one could see the future spouse in a dream. Christmas time naturally meant singing carols together, giving presents and wishing Merry Christmas to one another.

26 December – Saint Stephen’s Day. Saint Stephen’s Day has been celebrated on the northern coast. This was the day to let horses run freely, wash and water them. Stephen’s beggars who looked quite similar to Christmas or Thomas’ beggar went around too; they would not come indoors, but would ask the household for beer. Jubilee: architect Peep Jänes 85.

28 December – the Holy Innocents’ Day. This holiday in Estonia mainly has a Christian background, commemorating the innocent male children executed by King Herod.

Elderbrook concert “Why Do We Shake In The Cold?”

Multitalented English producer and songwriter Elderbrook will take the stage at Fotografiska Tallinn on 1st of December 2021 as part of the ”Why Do We Shake in the Cold?” tour.

A live phenomenon, classically-trained multi-instrumentalist, producer and singer/songwriter Elderbrook has a knack for creating emotive music that explores the sensitive and introspective themes of identity and mental health.

Elderbrook isn’t one thing, or another thing. In the modern electronic world, he’s the type of multi-faceted, forward-thinking talent who is comfortable exploring a range of genres. Exploding onto the scene with the 2017 global smash ‘Cola’ with Camelphat – with current Spotify streams standing at a colossal 156 million – the track which earned him those Grammy and Ivor Novello nods, plus a No.1 on the US Dance Airplay Chart.

Where: Fotografiska, Telliskivi 60A-8

Michael. The Magic of Michael Jackson

There once lived a KING. The king loved to sing and for many many years his songs brouhgt warmth and kindness into people’s hearts. His great talant and creativity inspired millions of people around the world. MICHAEL JACKSON. THE KING OF POP MUSIC.  The music of Michael Jackson is not like any other music, he performed impossible dance moves and he was a singer who steped over all the boundaries of taste and style. Michael Jackson was not afraid to experiment and launched the so-called cross-over era in the music industry that organically combines many different styles, such as pop, rap, heavy rock, solo, blues etc. After 35 years, we are currently witnessing the peak of the cross-over era. Michael Jackson’s songs found their way to the ears of young and old people.

Tallinn citizens and guests of Tallinn have a unique possibility to remember all the best hits of Michael Jackson in performance of Ben Bowman – MICHAEL starring Ben straight from London West End, such as Thriller, Beat it, Billie Jean, Man in the Mirror and many others. MICHAEL starring Ben is the best tribute to Michael Jackson in Europe, which has won many awards and has been acclaimed by The Telegraph, BBC Radio and many others.

The most valuable parts of a museum are its collections. For the first time, this exhibition will present the collection of European and Russian sculptures of the Art Museum of Estonia as a whole. Copies of renowned ancient sculptures from Estonian manor houses, works by famous 19th-century masters and Soviet socialist realist sculptors form separate groups inside the exhibition, and through them it is possible to evaluate the technical mastery of each work and to understand its value by placing it into the context of the time of its creation. Many of the works are on display for the first time in the museum. The exhibition is also a preparation for the construction of the open storage for sculpture collection of the Kadriorg Art Museum, which will be opened to visitors in 2022. One of the rooms will contain a conservation workshop, where visitors can observe sculptures in poor condition being cleaned and restored by conservators.

When: From December 10th to April 1st

In early December 2021, for the first time in its history, the Vienna Philharmonic Strauss Orchestra will have a short tour in Estonia and give concerts in Pärnu, Jõhvi, Tartu and Tallinn.

The basis of the collective repertoire are the masterpieces of Haydn, Brahms, Mozart, representatives of the Strauss dynasty and other classics. The members of the orchestra are highly professional musicians from Vienna, as well as their colleagues from all over Europe.

Vienna Philharmonic Strauss Orchestra successfully tours Europe (in Germany, Romania, Poland, Austria, Hungary, Bulgaria). The collective’s activity is aimed at preserving and developing the musical culture of Vienna and its promotion at the European and international level.

Next year’s most anticipated Women’s Day concert will take place on 12 December at the Alexela Concert Hall with the live performance of the Scottish singer Maggie Reilly famous for singing on Mike Oldfield’s immortal hits ‘Moonlight Shadow’ and ‘To France’.

Maggie Reilly’s career began in the early 1970s. She became a huge success when she started working with Mike Oldfield. The hits ‘Family Man’, ‘Moonlight Shadow’, ‘Foreign Affair’, and ‘To France’ written between 1980 and 1984 have always warmed the hearts of the audience. The album Echoes, which marked the start of her solo career in 1992, also featured hits like ‘Everytime We Touch’, ‘Tears in the Rain’, and ‘Wait’.

The new generation orchestra Lords of the Sound presents the Christmas program “Grand Christmas”. Unforgettable moments are created on New Year’s Eve by the orchestra LORDS OF THE SOUND, accompanied by the choir and the orchestra’s soloists. The orchestra gives a live sound to Christmas hits and sound clips from beloved Christmas and New Year films.

Tarja will visit Tallinn with a special Christmas programme in December. Tarja Turunen’s name is well known to any symphonic metal fan – for 9 years she was the original voice of band “Nightwish”, before embarking on a very successful solo career. The finnish soprano has prepared a very special program named “Christmas Together” and will perform at Alexela Concert Hall on December 22nd 2021.

Accompanied just by a guitar, cello and keyboards, like a dove above all that will fly Tarja’s phenomenal voice! And whether it be Feliz Navidad, War Is Over or even Ave Maria – you have hardly ever heard such unusual versions of these classic Christmas songs.

Adele’s biggest hits will return to Estonia for three concerts. The concert program “Someone Like You” will return to Estonia in December 2021 for three concerts. At a recent concert at Alexela Concert Hall, the audience had a breathtaking experience, during which Katie Markham performed all of Adele’s greatest hits with London musicians. “The X Factor” finalist Katie Merkham’s performance on stage is the most true homage to Adele that has ever been done.

Adele personally selected Katie Markham, the finalist for “The X Factor,” to appear on BBC’s “Adele Special.” At that time, Katie couldn’t even dream that she would be able to share the stage with her idol and sing together. Nor could he foresee that a concert program would grow out of all this, which would take her on tour for years to come.

ABBA Chique – the tribute band of the world famous ABBA – will give four glamorous New Year’s concert in Estonia! In the concerts of ABBA Chique the show of the legendary band ABBA will come alive again with a lot of authentic clothes and music! The stage will fill up with glamour and sparkle with different fabolous costumes with extra attention to the details.

Abba Chique concerts are extremely popular and their energetic performances take the audience straight back to the 70s! In these concerts the most famous hits of ABBA will be performed, for example „Waterloo“, „Chiquitita“, „Dancing Queen“ and other favourite songs. Come and enjoy ABBA’s beloved songs and feel the real emotion of its music with ABBA Chique!